Kick, growl and punch with tears of joy in my eyes 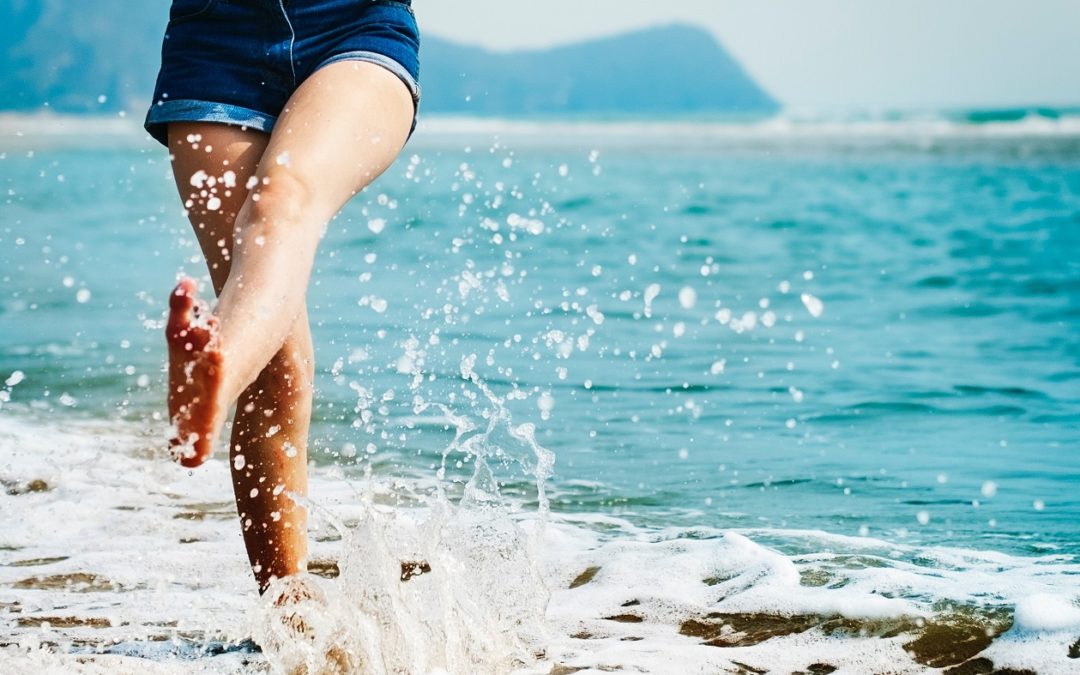 The music is blaring, the sweat is flying and I am kicking, punching and jabbing in my Tai Fit class at the local gym.  I have tears of joy in my eyes is because for me this is a dream come true. I had watched a group do this when I was desperately trying to just get my leg to move out even just an inch. I would stand up holding onto something and try to get the damaged leg to move out from the ankle. I couldn’t get my leg to move because the muscles had atrophied so badly. I watched these people and thought if all I had to do was get in shape like a normal person I would be so grateful. If I could ever do a class like that it would be such a miracle. I had been in pain for six years during which time I’d had two hip replacements. The first one didn’t work right and had to be redone after two years of trying to walk without pain and without a limp. In fact that had been my health goal for over six years, to walk without pain or a limp. And now here I am in my sixties kicking ass. I love this particular instructor because he growls a lot and really, really loves what he does. He’s a fierce looking Maori guy with tatoos, “Come on, grrrrrrr this isn’t some step class, move it!!” he jumps down into the group all covered in sweat and punches around people. I think he thinks I’m crazy because I usually have this big grin on my face. But I’m punching, I’m kicking, I’m loving it.

I had a strepacoccus bacteria eat away the cartilage in my right hip joint several years ago.  The little bastards, I didn’t know they even did things like that. It’s rare, it’s painful but it happens and it happened to me. I went from stress junkie career chick to wheelchair overnight.  It got misdiagnosed, it was a nightmare and I ended up with no cartilage in my right hip which is a really painful situation. I didn’t want to have a hip replacement right away for a couple of reasons. I was only in my late forties and hip replacements were known to only last about 10 years and then you had to get a new one. You can only get so many because the bones cannot take the grinding and drilling required to fit in the prothesis. So eventually I’d end up back in a wheelchair. The other reason is because I wanted to try to regrow the cartilage myself. I thought this would be possible because I had regrown cartilage in my spine after a car wreck  in my twenties. The wreck had left me with a compressed fracture of my lower vertebrae. I had to lay completely flat in a hospital for 30 days and then wear a brace for 3 months but the cartilage grew and replaced where the bone had been. So why not in my hip? The doctor didn’t think it was possible but a Chinese acupuncturist said it was. I tried a lot of things to try and make it happen but it didn’t work. Maybe I could have done more but in the end I was getting bone spurs as well and the pain was just too stupid. I hate taking pharmaceutical drugs like Voltarin for pain.

People think that once you get the hip replacement that everything will be normal but that’s not always the case. Even if the replacements work, and the vast majority do, you still have the patterns of movement and memory of pain in your body. I used a lot of things to retrain my body so that I do now walk straight and without a limp. I wanted to be able to do everything again as if It had never happened. I had a good friend who was training to be a Feldenkrais instructor. He had to do a lot of practice sessions on people for free or donation. Feldenkrais is a very subtle and powerful method for retraining the body and overcoming painful patterns. So I had lots and lots of wonderful sessions. Thank you David. I also did a lot of one on one Pilates sessions with those weird pullies and beds they use. I have this memory stuck in my head of laying on my side with the Pilates person helping me to get my leg to raise up. I just could not will it to move, then she moved it herself several times. Eventually it woke up and I could raise it the littlest bit. That was the light at the end of the tunnel. There was hope. It could happen.

Then there was the pain memory in my body. I wanted to be able to ride my bike. I love riding a bike. Riding the bike wasn’t the problem. The problem was that raising my leg to get onto or off of the bike had been really painful before. So even once there was no pain my hip still didn’t want to do the motion. It also didn’t want to stretch out to leap across a puddle or climb up onto a ledge. I used one of my all time most favorite tools for this. It’s called EFT, Emotional Freedom Technique. It’s one of those powerful things that’s really easy to make fun of but works. It involves tapping on points on acupuncture meridians while you repeat what it is you are changing. You start with an affirmation, “Even though I’m afraid of pain when I lift my leg, I love and approve of myself.” then while you tap the points you say, “Afraid of pain'” tap, tap, tap, “Afraid of pain”, tap, tap, tap. It usually takes a few times and it’s best to do it in the moment when the fear is happening so you are motivated to change. So yes I do these things in public standing next to my bike. Healing ourselves is serious work and you can’t let worrying about what people think stop you. I just realized that if I hadn’t worked on lifting my leg so I could get on and off my bike without thinking about it I probably wouldn’t be able to do Tai Fit now. Or I would have to stop and Tap in the class. Then I’d have a tatooed, sweaty, growling guy giving me the hard look. Glad I got that sorted first.